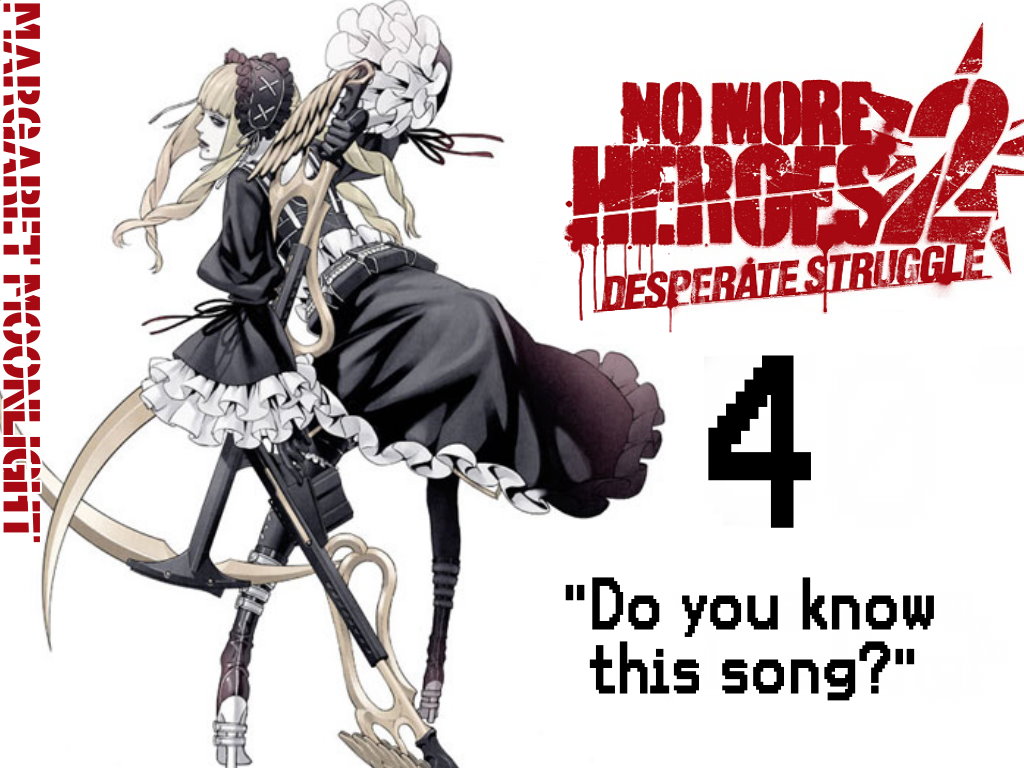 It’s no surprise that I enjoy the No More Heroes games. No More Heroes is essentially a game that revolves around the boss fights. I played it on the Wii, and it was the first time that I felt like I had to use every button on the Wii Remote and the waggle feature didn’t feel silly. Well…. charging your “beam katana” was silly, but in a good way. That said, all the boss characters were amazing. I felt like the game of No More Heroes 2: Desperate Struggle was a bit weaker than the first one, but still had a blast playing it. I can’t wait for a new one (if they are). Suda51, I know you’re reading this! Haha. Margaret Moonlight was an interesting character and the boss fight was fun to go through, not to mention the whole time, this song was playing in the background. Not only was she possibly beating you in the fight, but the song is also tearing you down mentally by calling you a “philistine” and a “pussy”.