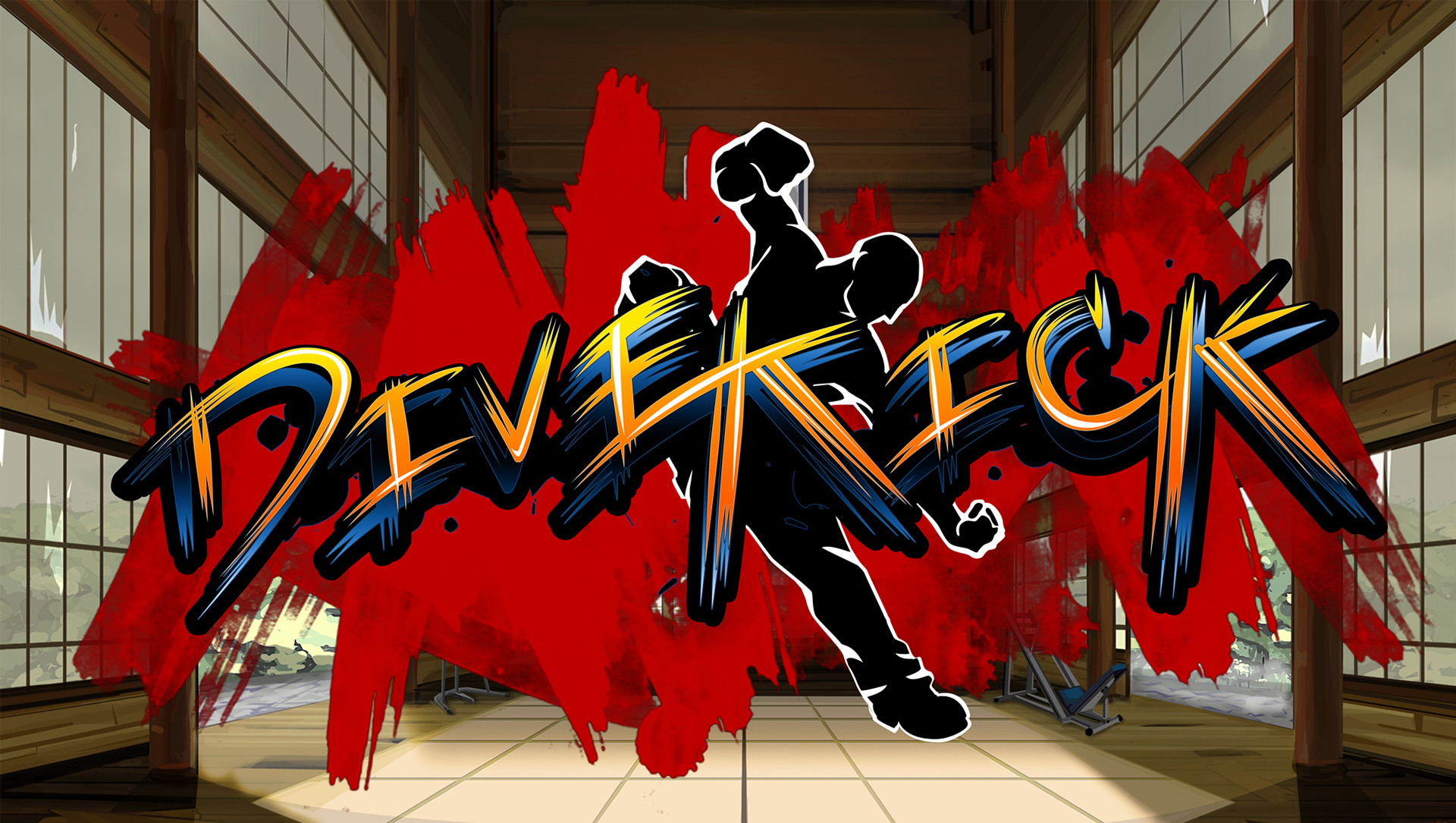 Most people know me as a gamer who doesn’t necessarily enjoy fighting games. However, Divekick is an exception to that rule. See why that is…

As many of you know, I’m not a huge fan of fighting games. Mainly because I play them by button mashing since I don’t know 90% of the move set. However, I have been having a lot of fun with Divekick. Divekick is one of the simplest games out there, but yet one of the most strategic. Divekick is played with only TWO buttons, Dive (aka jump), and Kick. You navigate the menus and play the game with these two buttons. I played with my PS3 controller mapped to X and “Square”, but there are some Divekick controllers that are legitimately only two buttons that you can pound on.

Again, there isn’t much to the game. You fight the other character. Each of you have 1,000 HP, but each of your kicks deals 1 million damage. In other words, 1 hit KOs. Each character has their own unique way of playing though. Not just different stats, but entirely different gameplay. There is a “Story” mode that feels shoehorned in. I like it to some extent since that’s the only way to play single player, but it feels like the “story” of Mortal Kombat by fighting everyone then reaching an end boss. The actual story of Story Mode has its funny moments with a lot of inside jokes with the gaming community, but in the end is nothing to brag about.

Playing Divekick with some friends is where it’s really at though. Anyone can play it. I mean I played it with my ex girlfriend who doesn’t play games, and we both had a blast. Not to mention she beat me multiple times… Since the matches are so quick, I could see this becoming a possible party game.

So, if you want a game that’s just stupid fun, I’d recommend this. If you’re looking for a serious fighter, this isn’t your game. Thankfully, I really enjoy stupid fun.

I’m Blurryphoenix, and I’ll see you in the next review