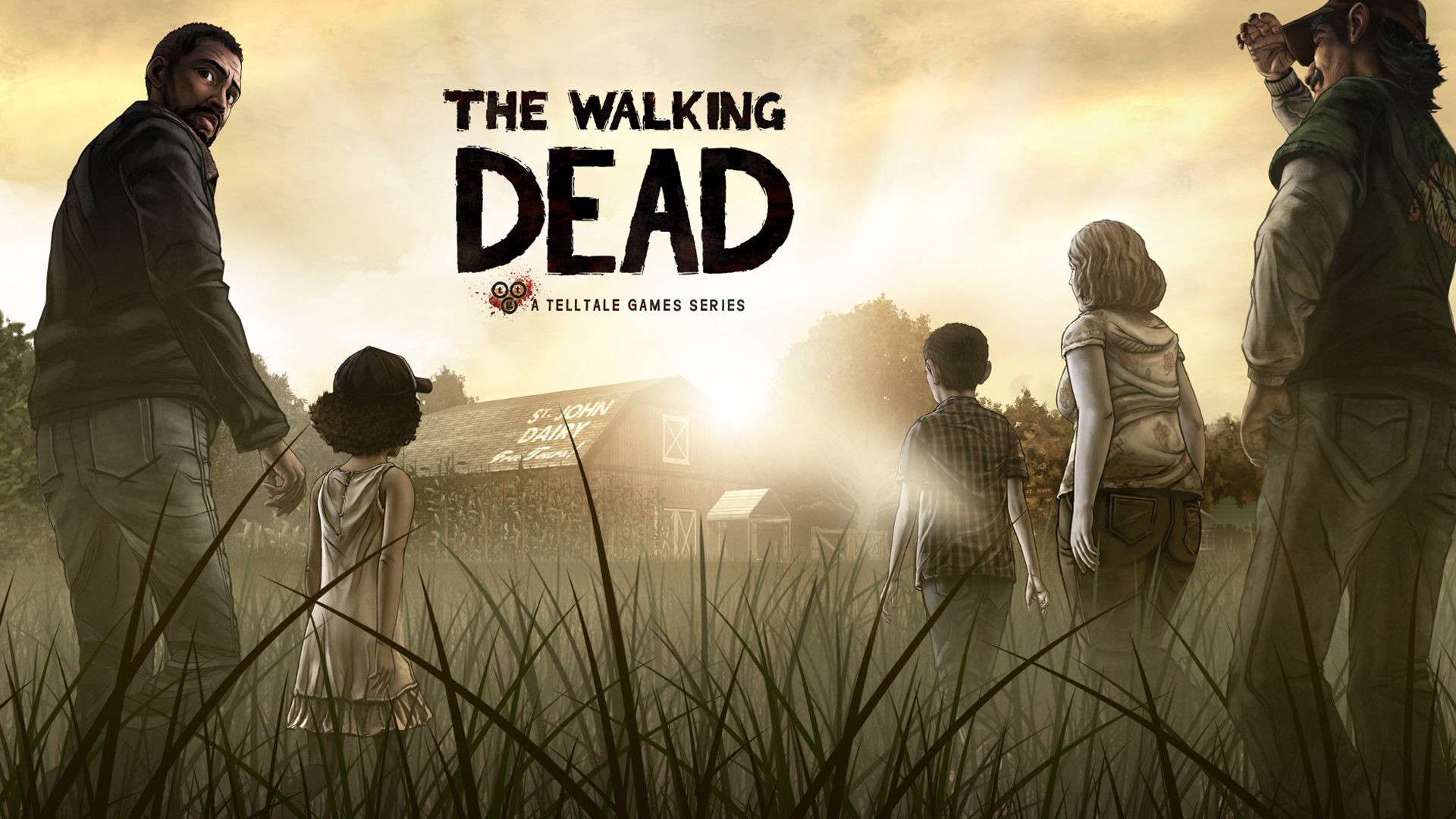 The first time you meet Lee, the protagonist of Telltale’s The Walking Dead, he is in the back of a squad car that eventually gets run off the road. Not too long after that, you run into a little girl, Clementine, who’s parents have been missing for a while. You decided to take her with you to keep her safe. You meet some additional people, go some places, and some things happen. Sorry if that seems vague, but like I said earlier, there are so many spoilers that this is about as much as I can give you without revealing too much story.

Gameplay is similiar to a point-and-click adventure with some Quick Time Events (QTE). You do move around with the keyboard, but you interact with everyone and everything by clicking on them. The decisions you make in Telltale’s The Walking Dead stick with you throughout all of the current 5 episodes (Telltale is creating season 2 as we speak). I was challenged by PapaKenn to play The Walking Dead without reloading to change my mind on a decision. We’ll just say that I did once or twice. In my defense, the dialog was worded weird making me think I can say something at a future time, but after I made the decision, it wouldn’t give me that option. So… reload. There is a cool feature after you beat the episode that shows your key decisions in comparison to everyone else who played it. It’s a unique way of looking at how you’d respond in these situations in comparison to everyone else.

The story is amazing. There were multiple points where I was celebrating in victory and legitimately crying in sadness. Not going to say what happened or what point of the story these are, but just be prepared with some tissues. One of the most scary things in the game, apart from the zombies, is when you make a dialog choice and you get a pop-up saying “so and so will remember that”. It’s just vague enough to make you question if you made the right decision, or if this will bite you in the future.

So, what did I think about it? I thought it was worth all the praise it was getting. The episodes seemed to be perfect in length, approx 3 hours per episode. There were some issues I had with some of the gameplay, namely some of the dialog and choices you have to make based on some vague dialog, but in the end, it is a fantastic game and definitely worth way more than what I paid for it.

I give Telltale’s The Walking Dead… 9/10

I’m Blurryphoenix, and I’ll see you in the next review.