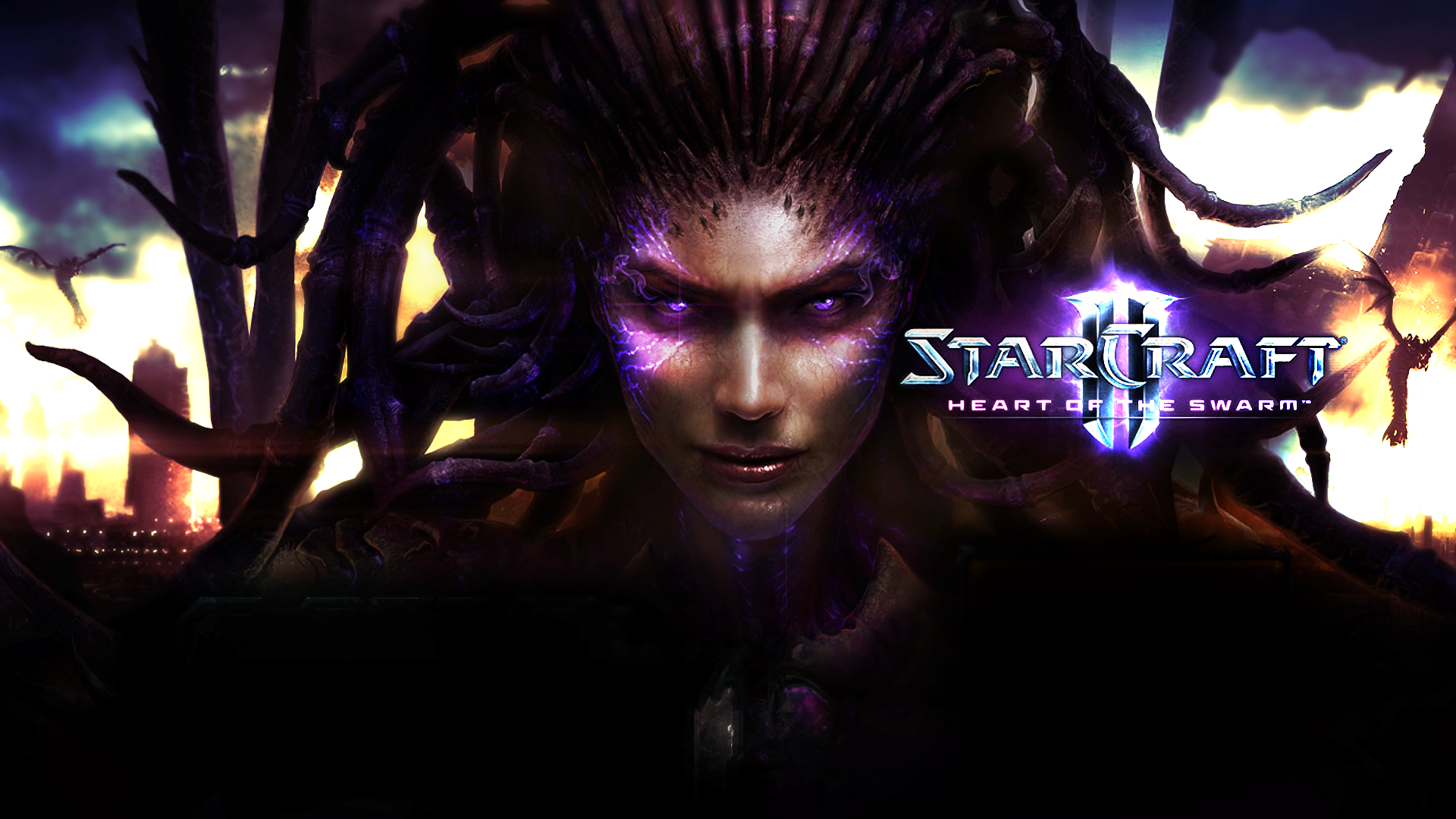 Starcraft is by far one of my favorite series on PC. Does Starcraft II: Heart of the Swarm hold up?

Just so everyone knows, the Starcraft series is one of my favorite PC franchises to this date. Ever since getting the Starcraft Battle Chest nearly 15 years ago, I’ve consistently picked it up to play it again. So, ever since I heard about Starcraft II coming out, you know I was freaking out. It was the only game that not only did I pre-order, but I pre-ordered the collector’s edition. This review is going to focus on the Starcraft II expansion, Heart of the Swarm. I decided to not review Wings of Liberty, as I played the game 3 years ago. I’m fully aware that I’m approximately a year late to the party with Heart of the Swarm, but oh well, I played it didn’t I?

Starcraft II: Heart of the Swarm follows immediately after the conclusion of Wings of Liberty. After Kerrigan turns back to being human from being the Queen of Blades, you’re on the ship, Hyperion, with Jim Raynor (the lead character to Wings of Liberty) as the crew is testing you to make sure you’re not a threat. Kerrigan decides to have some fun and destroy parts of the ship. Then the adventure continues…

The gameplay is pretty much like every Real Time Strategy game you’ve played, however, the graphics look amazing. Thankfully my graphics card can handle running Starcraft II on Ultra settings. If your computer can’t, it doesn’t necessarily look “bad”, but it’s also not amazing either. Throughout the campaign, you can gain upgrades for the Zerg (No, not Zu rg from Toy Story, THE Zerg, the alien race from Starcraft) to either power up a unit or give you overall advantages like instantly spawning units instead of having to wait for them to spawn. This is really cool, but I feel like it almost made the game too easy towards the end. I mean, I did play it on “normal”, but it felt really easy to me. When I played Wings of Liberty, I played it entirely on normal except for the last level. I couldn’t beat the last level on normal for the life of me, so I had to bump it down to easy to finally beat the game. Another cool thing is that you could evolve your units to fit your play style. If you’re a fan of quick hits, there’s an evolution for that. If you like massive damage, but slower attacks, there’s an evolution for that.

There’s a pretty short list flaws in Heart of the Swarm. The first thing that became glaringly obvious towards the end of it was, like I said earlier, how easy it was. I never failed a mission, and I also did all the side missions. So, by the end, I had a perfect level 70 Kerrigan. I haven’t tried it yet on a harder difficulty, so that may cause for a different feeling, but I’ve played every Starcraft game on normal. Secondly, I’m aware that this is meant to be an expansion to Wings of Liberty, but Heart of the Swarm felt very short. I beat it in around 15 hours. When I played Starcraft: Brood War (the expansion to the original Starcraft), it had to have been easily double that in length. The last thing that I’m not a huge fan of was the story. SPOILER: But, for those of you who have played Starcraft in the past, you know exactly where this story is going right when it starts.

In the end, I can’t say that it was a bad game at all, but it didn’t really live up to being an expansion of Wings of Liberty. Which, isn’t necessarily an easy task either. However, I hold Starcraft to a pretty high standard because it put itself up there with releasing fantastic games in the past.

I’m BlurryPhoenix, and game on!