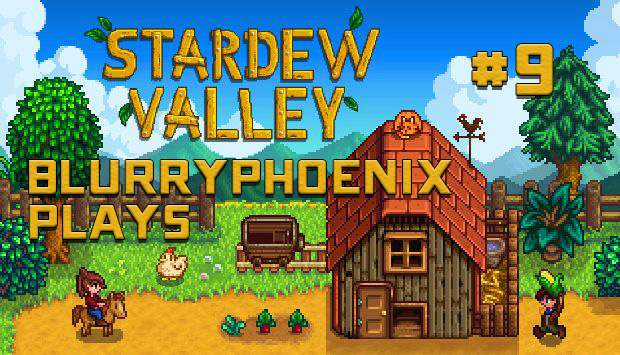 (Originally streamed on 9/23/2017)
The farm is still coming together! I’m finally starting to build up an income of gold, so I’m able to expand the farming. Unfortunately, I don’t think my stamina scales with it. So, for now, I think I’m at one of my limits until I start being able to make more and more sprinklers. I also tried to make a joke at Masterbanda’s expense. However, I had no idea what the name of the song I was looking for was. Turns out, it was this one… I was “Mr. Steal Your Girl” to Masterbanda. What a failed joke in the moment. Anyway, made some even more progress with the mines. Especially because I found a club that does significantly more damage. Decided to also up my ability to produce copper ingots by building 2 more furnaces