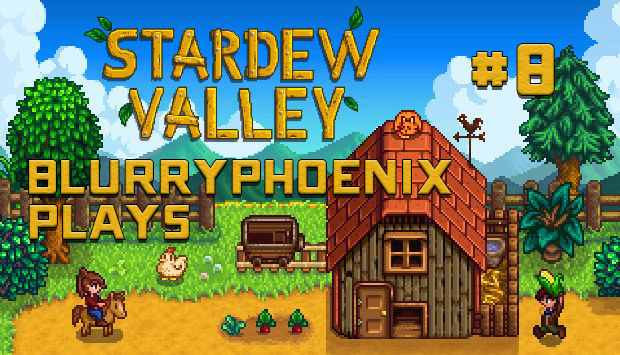 (Originally streamed on 9/23/2017)
Starting the episode off with the need to be Number One (but in synthwave)! Also, finally I get to pick up my upgraded watering can! I can now water 3 plants at once. Sounds lame, but it’s such an upgrade from what it was. Crows are also become increasingly more of a headache. I attended the Pelican Town Luau potluck. Totally didn’t bring something, and it was noticed… :'( Although, I did finally make some progress in the mines. Especially because it FINALLY rained in the summer.