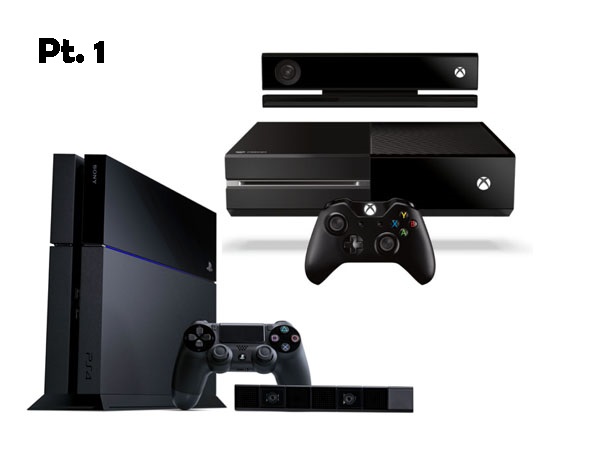 With E3 a month behind us, I wanted to share my opinions on where the next generation of consoles is headed. Everyone talks about “who won the console war?” In the heat of all the recent announcements, I’m right there with everyone else. However, after everything has finally calmed down, I take a step back and look at what has come out. I’ve always come to the conclusion that I don’t really care who “won” this “console war”. At the end of the day, the gamers win. Gamers get a new system and new games to satisfy their “next-gen” itch. However, a better question to ask is “what will the future have in store for consoles?”

The current generation (Playstation 3, Xbox 360, and Nintendo Wii) has lasted nearly 7 years. That number is unheard of! Usually a generation will last less than 5 years before new consoles are released. Despite the length of its stay however, this current generation has been plagued with problems.

The Xbox 360’s “Red Ring of Death”, the Playstation 3’s “Yellow Light of Death”, and the Nintendo Wii’s lack of games. Granted, two of those are hardware related, but they are all still significant issues. When the Xbox 360 has a failure rate of over 50% at points of its life cycle, that is unacceptable! There were so many Xbox 360s coming back to stores because of this, people started filing class action lawsuits against Microsoft!

Even Playstation wasn’t immune! While not as common as the “Red Ring of Death”, the PS3 had hardware failures now known as the “Yellow Light of Death”! Beyond occasional hardware problems, the most infamous strike against Sony in recent memory was the Playstation Network (PSN) outtage in 2011 that shut down PSN for nearly a month.

Adding insult to injury, my original PS3 suffered from the “Yellow Light of Death” shortly after the PSN outage ended. Talk about a double whammy…

Although the Nintendo Wii didn’t suffer from widespread hardware problems, it did suffer from a severe lack of quality games. Originally, the Wii was nearly impossible to find when it was released in stores. Now that the hype has worn down however, many people rarely use their Wii anymore. Even my Wii has become a glorified Gamecube system since I don’t have that console.

From my perspective, Sony and Microsoft need to stress test their systems more. Both the “Yellow Light of Death” and the “Red Ring of Death” could have been prevented with more thorough testing. It’s not like over 50% of the Xbox 360s that were released were abused. These issues happened due to normal wear and tear of the consoles being played. Coincidentally, the hardware failures seemed to happen within a month of the normal Microsoft warranty. Could this have been a ploy by Microsoft to sell more consoles? Perhaps, but I prefer to think not.

Despite the widespread problems, the current generation is still in the top 10 best-selling consoles ever (including handheld consoles, according to Wikipedia). The Wii has sold 99.84 million, Xbox 360 has sold 77.2 million, and PS3 has sold over 75 million. It appears that this generation experienced the biggest influx of first time console buyers. With games like Call of Duty, Halo, and Battlefield, the Xbox 360 and PS3 reached out to many people who wouldn’t have normally bought a game console.

If you were to ask me where console gaming was headed during the current generation, I’d say that consoles were becoming more and more popular in living rooms. Nearly all of my friends have at least one, and I have all 3. In fact, many of my friends have started playing on consoles more than on their PCs.

What I want to see improved on in the next generation of consoles mostly concerns the hardware itself. A 5% failure rate is acceptable, but upwards of 50% is NOT. I want to see a Blu-ray player in the next Xbox (which is happening). Switching discs mid-game is an annoying inconvenience, so being able to play on a Blu-ray would help that immensely with their larger capacity discs. I want to see an overhaul of the Playstation Network. I understand that PSN is free, but you get what you pay for (it doesn’t always function very well). The friend experience on the PS3 works, but it too doesn’t work very well. It would be nice if PSN had “party chat” or something similar. I don’t want my consoles to be space heaters!

There were times where I left my first PS3 on overnight to finish downloading a demo, and when I woke up, the entire apartment was like a sauna. Speaking of downloading, the update and install functionality on the PS3 needs an overhaul as well. I popped in Gran Tourismo 5 after not playing it for a while, and was met with 21 updates. Ok, fair enough. I hadn’t played the game for a while, so this was somewhat expected. Nearly an *HOUR* later, I was finally able to play. That time needs to be cut down. Plus, system updates on the PS3 are stupidly long. They have gotten better recently (thankfully), but for a while, a system update on the PS3 took so long that you could easily make dinner and eat it by the time it finished.

As for my opinions on the current information of the next generation of consoles… Well, you’ll have to read part 2!