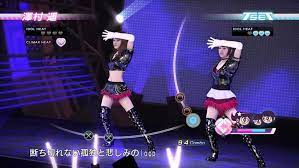 I know I already featured Loneliness Loop previously. However, this version that was done by T-SET is probably my favorite version of the two. Haruka’s rivalry between her and T-SET is a very interesting part of Yakuza 5. That said, as much as I love Haruka, I kind of prefer T-SET’s sound in this song. It could be that they’re a duo. But, I just prefer it.